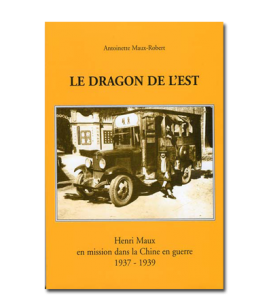 Under the Japanese threat about to set all Asia ablaze, a young engineer of the French « Ponts et Chaussées » (Department of Bridges and Highways) – Henri Maux – is sent on a mission by the League of Nations, beside Chiang Kai-shek. Just as he began performing his mission in the city of Nan-kin, he was surprised by the war. Thus, during two years, he experienced an extraordinary adventure, living in a China slowly foundering in an unmerciful conflict. Due to the Japanese troops’ incredible advancing, he quickly becomes the Chinese government’s confidential clerk, inspecting communication ways from the Center of the country to the East. Soon after, when Chiang Kai-shek is constrained to establish his chief city in Chung-king, Far West of the country, Henri Maux travels through the routes of Burma several times, only path capable to disenclose this new capital.

Henri Maux’ different missions take place under perilous conditions, and sometimes he only closely escapes from the Japanese bombings. He travels unceasingly by train, car, boat, or even on foot or sedan-chair, as, quite often there is no carriageable route in the remoted areas he ploughs through. Everywhere he goes Chinese colleagues accompany him and together they weave strong friendships. His determination, along with his knowledge of the country, as well as the risks he is never in fear of, compel admiration of the Chinese leaders who give him a strong « face », image and acknowledgment throughout Asia. Therefore he actively serves the League of the Nations’flag he espouses and carries with a high hand, bringing to the summit one of the first international organization whose ambitions were, afterwards, swept away in the international turmoil.

The 55 photographies which come to illustrate this book, have been taken by Henri Maux in person, during his missions between 1937 and 1939. They represent a true aesthetic and documentary interest. 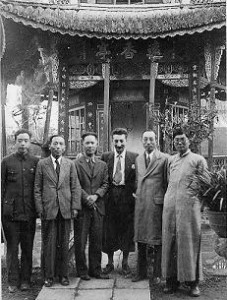 General Guillermaz, formerly Director of Research at the « Ecole des Hautes Etudes en Sciences Sociales (EHESS, the most notorious School for Social Studies in France) and Director of the Center of Research and Documentation on contemporary China, wrote :

« The manuscript you made an honor communicating to me is remarkable for two reasons. The active and generous personality of M. Henri Maux, during his expedition to find his Dutch colleague and friend in the Upper-Yantze, is described all through the text in a mostly dramatic and stirring way.

Another aspect, is that of the global context of China during 1937-1939. It is specifically and precisely represented, whether through great political and military events, or through population’s individual and collective behaviors. At last, the most difficult issue which consists in solving the communication ways as well as civil and military transportation problems in the southern ans south-western areas of China at war, are widely revealed, from nature’s viewpoint and from mankind’s viewpoint… Your future performance, serious, written in a delightful and smooth style, will surely retain your readers’ attention ».

«… Mr.T.F.Hoang delivered your book to me. It will be cataloged and add to our collection for the use of scholars and students. Thank you very very much. You are most welcome to visit the library and Berkeley campus. On behalf of the East Aisan Library, UC Berkeley, I wish to acknowledge the receipt of the items listed below with appreciation and thanks. Your thoughtfulness helps maintain the strength of the library »